You are here: Home / Archives for Hull Rebuilds 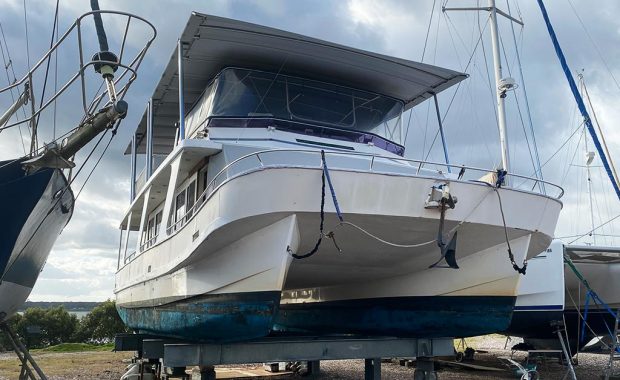 As with a lot of glass over ply built boats its common for rot to creep in. Unfortunately this large houseboat had rotten lower decks and bulwarks which had been leaking for some years. This had been causing problems inside the boat too with water damage and pooling water. After removing the decking and bulwark […] 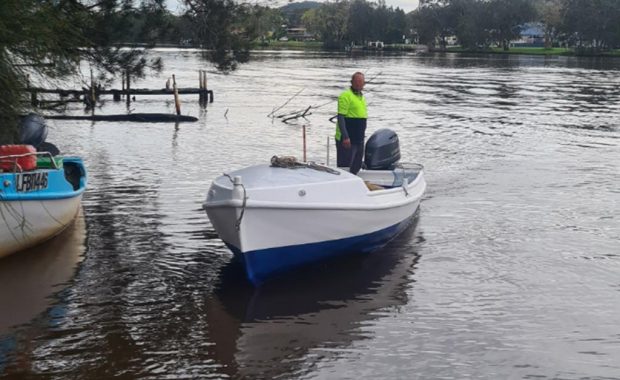 This project has now been launched and the engine fitted. The owners are very happy with the result, and can now get the boat working! 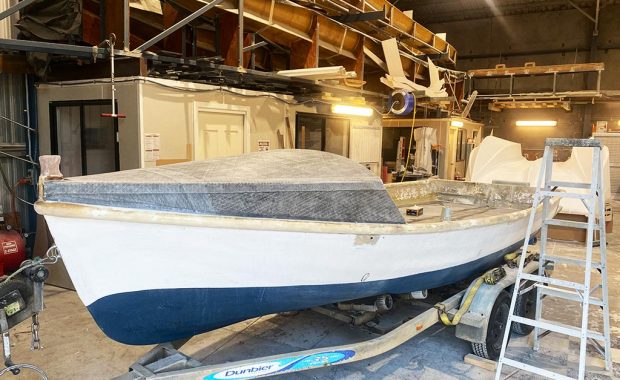 Work boats take on a different role in boating, this is not a play thing but a means to make a living. This net boat had been lying derelict for some time but the solid glass hull was still sound so the owners asked for a full hull rebuild with new stringers, bulkheads and floor. […] 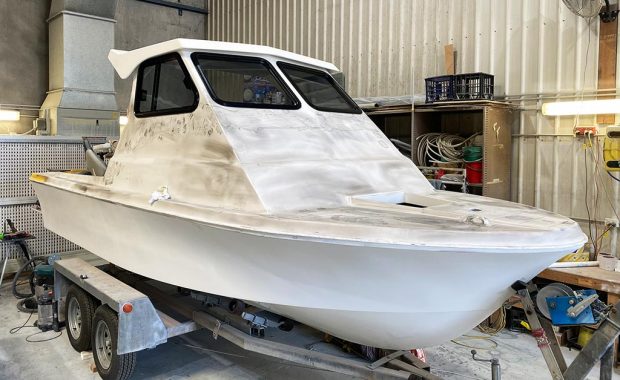 This is another update of this large remodel/restoration project, which the owner now informs us is a Hamilton brand (as in the Hamilton jet company). Being such a large and ongoing job we have had 2 previous update posts on this project which you may remember. It is now getting close to the finishing stages […] 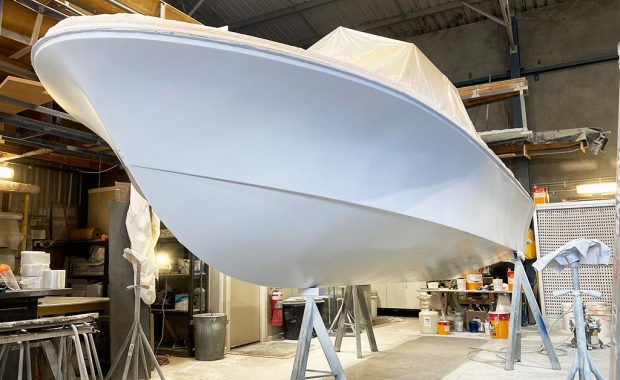 You may remember this project we have in our shop at the moment which we had in an April post. This is an unbranded 18 foot FRP hull which we are restoring and remodeling to suit the owners requests. It was fitted with an inboard diesel engine with a moulded prop tunnel recessed into the […] 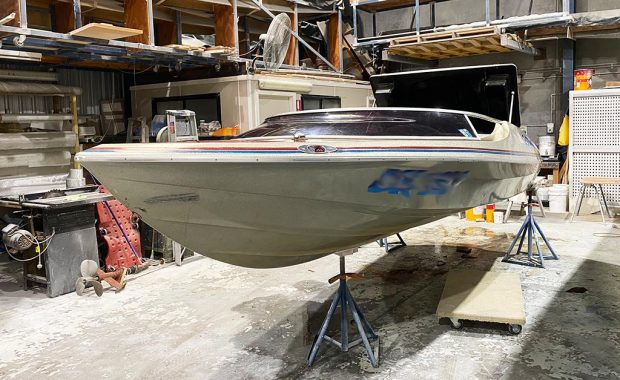 This Sidewinder ski boat had some serious hull problems that had been repaired before but kept breaking. The owner asked us to fix it once and for all! Upon inspection it became apparent that the rear mounted engine beds ended abruptly at a partial hull bulkhead at the front of the engine bay which caused […] 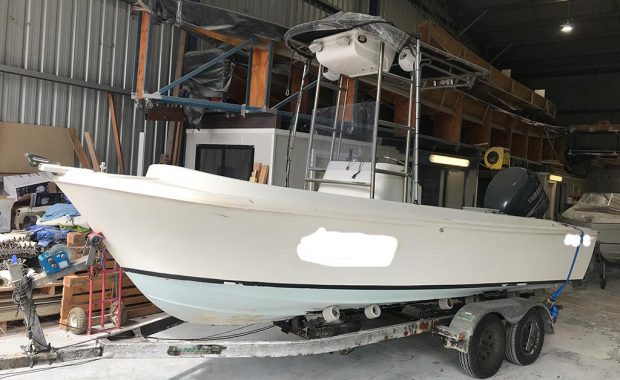 We were asked to carry out repairs on what was thought to be a Mako hull however we have since found out this unmarked hull was in fact a Bertram V19. This boat has been converted to a center console and was a neat set-up. Unfortunately the hull had some real problems down the back […]

This US import has been to us before for hull repairs. The first job we did was repairing cracked planing strakes which were taking on water. After this work it was recommended to the owner to have a flexible section of the hull below the kill pens reinforced with foam and epoxy laminated stiffeners. To […]