You are here: Home / Archives for Transom Replacements 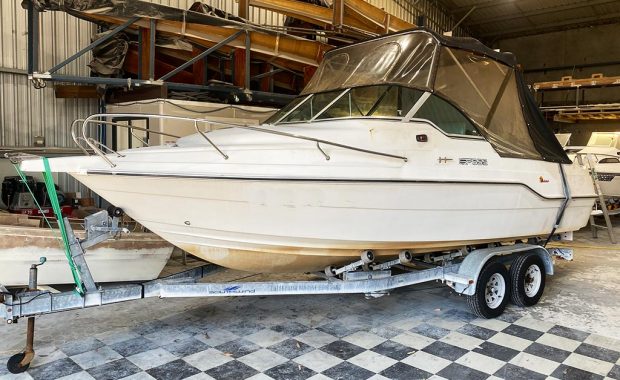 The transom of a boat is one of the most critical parts of the hull structure, especially outboard driven boats. This older style Southwind had some serious transom issues. Once opened up we could see that a DIY repair had been attempted along the top section, with stainless rods inserted down about 100mm hoping that […]

We have had a run of Seafarers of late, the smaller model was in before this one which you may remember in a previous post. This Viking model came in for a transom replacement, new aft stringer repairs and a keel repair. Having seen the standard of our previous transom replacements using plywood, the owner […] 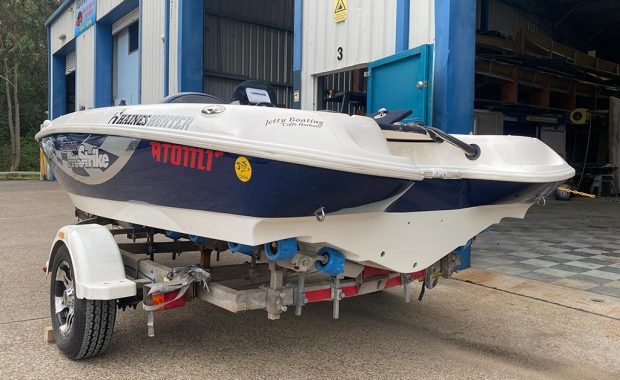 We were contacted by the owner of this Haines to inquire about how we do our transom replacements. We advised that the best process is Thermolite and epoxy. As it happened he visited while we were in the middle of the Stejcraft transom we did previously so we could show him the process in person. […] 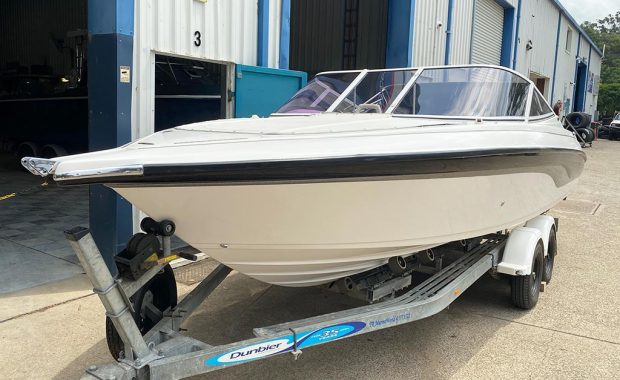 This is the second transom replacement on a Stejcraft so we had an idea of what was involved. These boats have the hull extensions each side of the engine making the work area somewhat confined. Unlike the one we did some years ago, this transom was replaced using Thermolite board. All bonding and glassing was […] 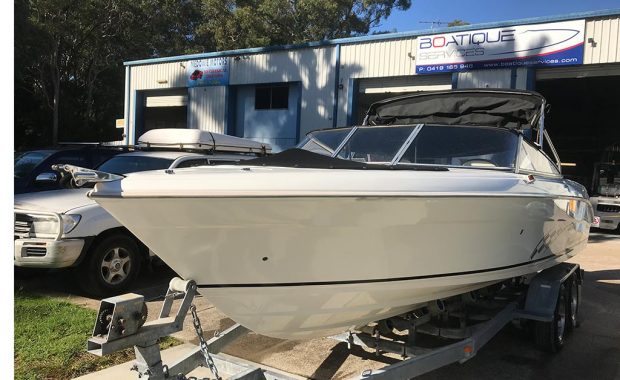 This Cruise Craft was fitted with a new model E-Tec Evinrude which is a very different style of engine to anything else on the market. The first thing you notice is how much of the engine is aft of the transom. This combined with the extra power puts a quite a bit more load on […] 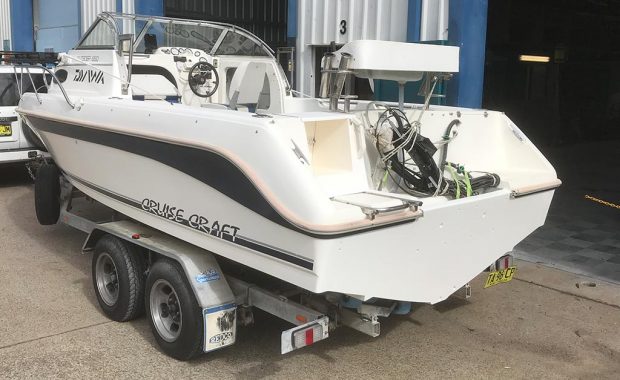 We always appreciate hearing from our customers: “After finding out that my cruise craft had a rotten transom. I took it to Craig from Boatique Services, Craig went above and beyond to get my boat back on the water for our annual fishing trip to SWR at a very short notice. He sent me a […]

We replaced the transom on this Cruise Craft which according to the tap test only had one soft area. As it turned out someone poured resin through one of the scuppers to attempt to repair the rotted transom causing it to sound solid. Once cut open it was clear that the transom was totally rotten […]

We took on this project the owner had started but had been sitting for some time. The owner had fitted the new plywood and done some of the prep work. We glued in the plywood with epoxy glue and re-laminated the face including over the edge of the transom into the wet well. We were […]