You are here: Home / Archives for General Boat Repairs 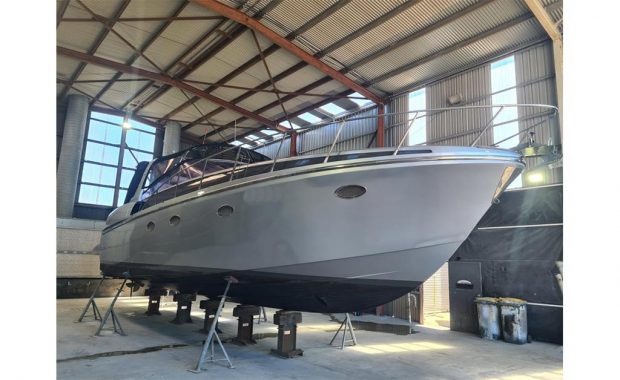 This job was to repair peeling paint from a bad paint job. The extent of this wasn’t apparent until we started the prep where it was decided to simply use a pressure cleaner to remove the loose paint layers. The affected areas were above gunnel mainly. Once this was done it was clear how much […] 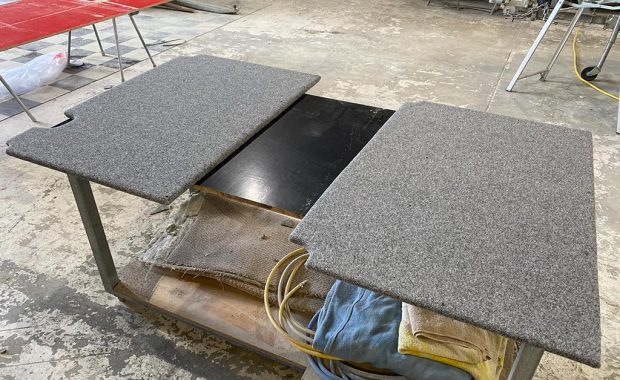 Now that composite panel is becoming the norm, it’s uses are endless. We recently made a set of new floorboards for a tinnie from Thermolite of the same thickness. But its much stronger, lighter and will never rot! Once cut to size, these were re-covered in matching marine carpet, job done! 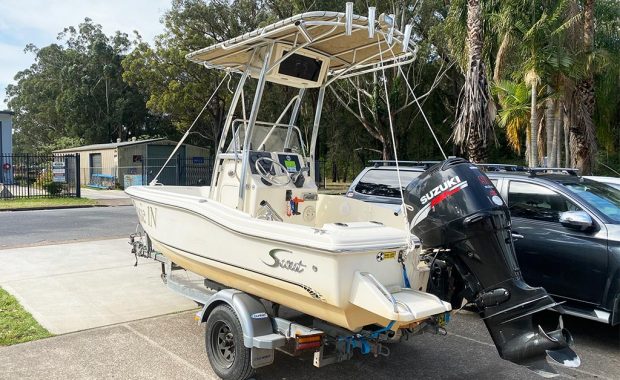 Boats can get damaged in so many different ways… this Scout center console runabout almost had its T-top ripped off when it collided with the garage roof. Luckily the frame remained mostly unscathed but it tore itself out of the deck and caused some damage where it was mounted. The entire moulded center console was […] 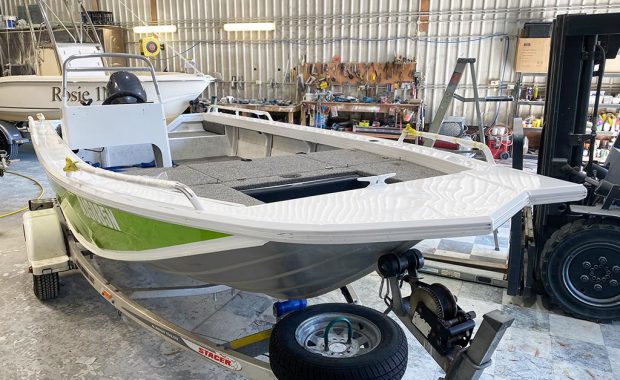 One downside of aluminium boats is the risk of corrosion. This Stacer tinnie looked pretty good below gunnel however above this were widespread areas of corrosion bubbling the paint. The owner had started the task of stripping and sanding the top deck and parts of the console and back seat. We took over and etch […] 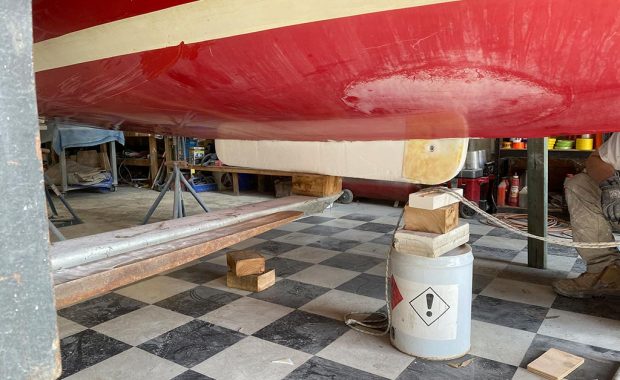 You may remember this job from a previous post, where we removed the swing keel and the owner took it away to get it sandblasted and recoated. Now that all that work has been done, we have the boat back in to replace the keel. This became more work than expected as we had to […] 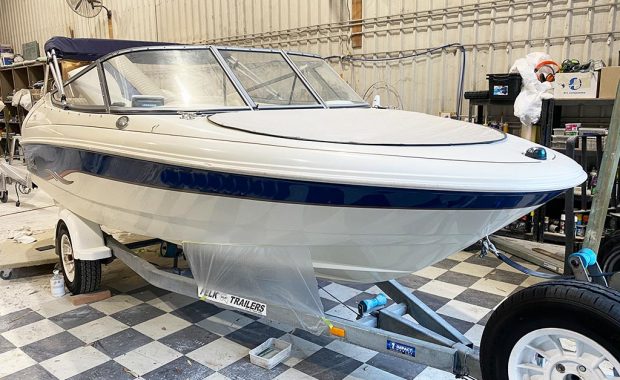 We often are asked, “How much water should my hull be taking on after a day out on the water”, in a perfect world the answer should be “none”! But in reality, the average fiberglass runabout will always take on at least some water. It can be a mystery as to where the water is […] 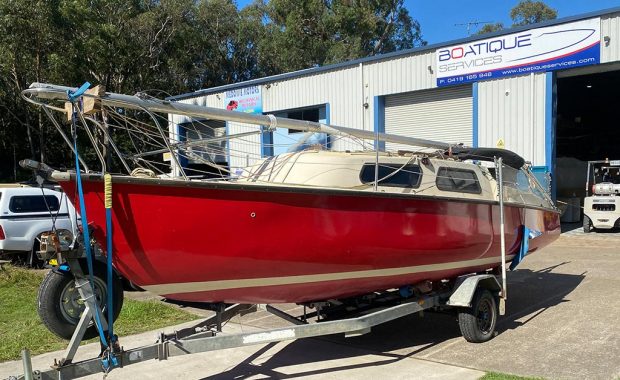 The working parts on any boat need constant attention. This RL24 trailer sailer yacht had a very rusty keel which needed removal to undergo sandblasting and re-paint. It is common to have swing keels made from a heavy material like cast iron or lead to provide stability while sailing. We lifted the yacht onto stands […] 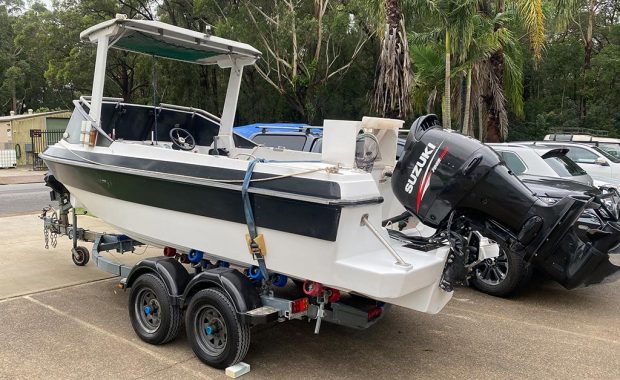 This Haines suffered damage along the keel line due to a bad grounding. To undertake the repairs the boat was lifted onto work stands for full access. After some temporary patching was removed and the laminate grinding had been done, the task of rebuilding the hull keel section in glass reinforced with epoxy was carried […]